The Jetsons introduced the flying car concept back in the 1960s, when every morning, George Jetson would get into his car, fly to work and then shrink it to the size of a briefcase. Then in 1989, Back to the Future Part 2 recaptured our fascination with flying cars, giving us hope that they would be on our roads by 2015.

While the evolution of the flying car hasn’t quite panned out as Back to the Future suggested, recent updates from Japan about Sky Drive Inc’s successful testing of a manned flying car gives us hope for an exciting future. The future of transport has always captured our imaginations, and humans have forever been fascinated with ‘what’s next’ in helping us get around.

And let me tell you, despite flying cars not yet zooming over our heads, the future of transport is looking incredibly exciting in more ways than one. There are two transport technologies that I think worth highlighting that were once the work of science fiction, are now looking increasingly likely to come to fruition in the next decade.

Hyperloop technology is a form of transport currently in development by many governments and private companies around the globe. The technology could see passengers travelling close to 1200 kilometres an hour in floating pods that race along inside low-pressure tubes, either above or below ground.

One of the key benefits of Hyperloops is that they can travel as fast as a jet, but avoid all the drawbacks of air travel. Firstly, they will help travellers avoid all the rigmarole of airports. No more checking in hours ahead of your flight, checking in baggage, going through security or lengthy boarding and disembarking processes. The Hyperloop experience is similar to that of a train station – turn up a few minutes before scheduled departure, hop on straight away, and once at your destination, you depart on time too.

It’s also the location of Hyperloop stations that further enhances their appeal. When we think about airports, they’re required to be located outside cities, often more than 45 minutes from Central Business Districts, due to their sheer size and the need for clear airspace to land. If travelling between cities for work meetings, using Melbourne and Brisbane as an example, it takes 45 minutes to get to the airport, then an hour at the airport to check-in and get through security. The flight itself takes over two hours, and then it takes another 30 minutes to get out of the airport, before travelling another 45 minutes to reach the location of the meeting. To make it to a 10 am meeting, you have to leave the house at 6 am.

But where Hyperloops are concerned, while the trip itself may take a similar amount of time, the stations are more likely to be conveniently located in the city centre, and there’s no stuffing around at the station—cutting the journey time to half.

But it’s not just the convenience benefits of Hyperloops that are worth highlighting, they also bring significant environmental benefits. Hyperloops carry a relatively small carbon footprint, particularly when compared with air travel, or even car travel, as it uses very little energy to propel pods through the tube. Furthermore, because they run at ground-level, Hyperloops can be directly powered by renewable energy, in the form of solar or wind energy, close to the source.

There is also an argument that Hyperloops are far safer than both air and car travel, with the possibility of an accident causing death or severe injury next to none.

There are already signs around the globe that Hyperloop travel is just around the corner. After the concept was first mentioned publicly in 2012 by Elon Musk, there has been an arm’s race of sorts around the world to get the first viable version of the technology up and running.

Hyperloop Dubai is looking the most promising right now. The world-first technology being created by Virgin Hyperloop One was initially set to launch at the end of the year before being delayed by COVID-19. Once launched, Hyperloop Dubai will make it possible to travel between Dubai and Abu Dhabi in 12 minutes, compared to 90 minutes it takes otherwise. The United Arab Emirates (UAE) is the perfect testing ground for Hyperloops after all Dubai is home to a world-leading airport, and both Dubai and Abu Dhabi are seen as progressive, smart city developments.

With our largest cities located so far apart, Australia would greatly benefit from the travel efficiencies Hyperloops bring. Furthermore, due to the wide-open spaces and available land between our major cities, there would be room for further investment in wind and solar energy that could exclusively and sustainably power the Hyperloop.

However, there is work to do before Australia is ready for Hyperloop technology. First and foremost, it needs government support. We need to see collaboration between the private and public sector to get it off the ground. Funding and investment need to come from both government and business.

On the first examination, Hyperloop technology may not seem like a wise investment for Australia, as our lower population would drive smaller returns. However, both government and business need to understand that the benefit doesn’t just come from improving the travel experience for Australian commuters, it also comes from showcasing Australia’s capability to bring about innovative technological advancement to the world.

Swarming robotics: the key to unlocking an autonomous future

The concept of ‘swarming’ isn’t new, but its potential application to our transport system is. In nature, swarming refers to collective behaviour exhibited by entities, traditionally animals, of similar size which aggregate together, perhaps milling about the same spot or maybe moving en masse in one direction. In the animal kingdom, we see this behaviour amongst insects, birds and fish. But we are now starting to see this concept applied to robotics, through the power of technology, to help benefit society.

We are already seeing instances where swarming drones are replacing humans. At the moment the technology is getting used in disaster recovery, to gather situational awareness data during the first few hours after a major natural disaster; in the military, for attacking enemy bases; in logistics, for sorting parcels in warehouses; and in transport, for accelerating the viability of autonomous vehicles.

The way that swarming robots work is that there is no one leader. Instead, they work collectively and collaboratively to respond to their environment and the actions of those around them. They are programmed to react to circumstances as they unfold, rather than programmed to follow a pre-determined path or a pre-determined sequence of actions. A human operator has control over the swarm as a whole, but there is no individual robot that makes up the swarm.

One of the benefits of this is that many robots can be controlled at once – macro commands can be given, while the individual robots respond to each other and their environment to work out the rest. Another benefit is that the success of the recovery mission, or military mission, or the efficiency of the transport network, isn’t dependent on one individual robot or piece of technology. If one robot fails, the rest of the swarm can continue with little disruption, and the failed robot can be quickly and easily replaced.

Swarming robots respond to both explicit and implicit messages. For example, let’s look at this technology being applied to transport and autonomous vehicles. An explicit message may come when vehicle A, which is travelling one lane to the left of vehicle B, indicates that it is going to merge right. As a result, vehicle B picks up the explicit message (the flashing indicator signal) and also moves one lane to its right.

Implicit messages may come when a vehicle interprets and processes the behaviours of vehicles in its immediate surroundings, but also in distant surroundings, to gauge the ripple effect of the multiple actions in its environment and respond accordingly. An example of this may be when a vehicle is travelling in the far-right lane and registers that most of the ‘swarm’ is shifting to the right. However, by assessing its environment, it understands that it is in the far-right lane, so has no room to move, so responds differently, for example, by slowing down or speeding up.

If swarming technology were to be introduced to the road network, we would see greater confidence in autonomous vehicles through improved safety and efficiency. The network would operate in an incredibly coordinated and intuitive way, with fewer gridlocks and fewer accidents.

Currently, swarming robotics technology for vehicles is being tested in a lab setting. But even if it’s proven successful in the lab, it will meet additional complications when faced with real-world requirements. We are looking at about a decade of further development before the technology is mature enough, but it’s already proving a robust use case for an autonomous future.

However, before we get to that point, there’s more that we need to work through for this technology to be viable for regular use. Regulation, in particular, will be critical – you can’t have a robot that no one’s responsible for; someone has to be accountable for its actions. Human oversight will remain a crucial part of successfully launching and adapting this technology. If we think about that in a military context, if the command is given to attack a base, but the swarm attacks civilians, then there need to be consequences.

If we think about the road network, there are also different models for rolling out the technology that would need to be worked through. For example, would it be a centralised model where the swarm is operated from one central location, and by one central body? Or would it be a decentralised model where the swarm is operated by multiple parties in ‘zones’?

To bring the technology to life, we need to see continued investment in research and development, more work done on the regulatory side and begin to build a bank of real-world case examples. A good place to start could be introducing swarming robotics into mines, which provides an isolated environment to refine the technology, then build it out from there.

It’s going to be an exciting decade ahead for transport, with the emergence of technologies that no one would’ve thought possible even a decade ago. I, for one, can’t wait to see how it unfolds.

Colin Lew is Head of Technology at Intelematics, one of Australia’s leading mobility data and technology companies. Intelematics delivers its smart mobility solutions to government, vehicle manufacturers, urban planners, infrastructure firms and consumer-facing navigation services including Google Maps. Colin Lew is a strategic IT leader with more than 20 years’ experience leading technology and business transformation programs for some of Australia’s top companies, including Telstra, Coles and Transurban. Colin holds a Master of Business Administration from the University of Melbourne. 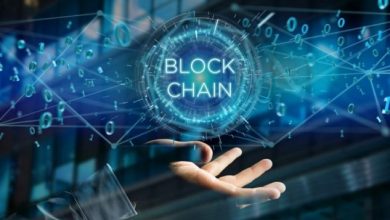 Blockchain, The next driver of Innovation in the Auto Industry