It gives me great excitement to watch the revolution that autonomous driving is going to create in people’s lives, not just within the automotive industry but also in multiple fields of engineering, ranging from the health-care industry and eBooks to the entertainment industry, and that is just the cherry on top. The ocean of opportunities goes deeper on the hunt to mine down the various business possibilities in the field autonomous drive,

It seems that the race to build the first fully-autonomous vehicle has only just begun. However, with the theme “The World of Tomorrow,” GM presented an audacious vision of America two decades early. Futurama, revealing an automated highway system complete with self-driving cars.

The success of autonomous driving purely depends on bridging the existing driving challenges within the vehicle components, its robust behaviour in the environment and the homologation that varies from country to country, in order to provide a safer and more comfortable driving experience to the driver.

In present-day high-end cars, the number of electronic component units (ECU) that are embedded into cars varies between 80 to 120 nos. In the days to come, this number will go higher. Keeping this in mind, some of the leading chip processor manufacturers like Qualcomm and Intel already have research in place to develop the advanced processing units required for autonomous driving.

With growing volume of big data around us and increased IoT infrastructure scaling, analysis of any kind descriptive, diagnostic, prescriptive and predictive levels have been made highly viable. In recent years, investors in Silicon Valley and across the globe have been pumping in more revenue into research for self-driving cars. The autonomous vehicle manufacturing vertical raked in $10.3 billion worldwide in Venture Capital financing across 146 deals in 2018 according to PitchBook

In 2015, more than 38,000 people died in motor vehicle accidents as per the National Safety Council. 26 percent of these accidents led to deaths that were caused by distracted driving.

This presents a real risk for everyone who gets into a car. If a driver does have a heart attack or a stroke, the chances of them losing consciousness and endangering themselves, passengers, other drivers or pedestrians is highly likely.

These risks will greatly be reduced, if not eliminated, through the introduction and widespread adoption of level 5 autonomous vehicles.

In the future, self-driving cars won’t just prevent deaths from human error. An autonomous vehicle will reroute to a hospital if a driver is found to be sick in any way, ranging from persistent coughing to a high-risk disease like heart attack or stroke.

This year, an individual driving on a highway in Missouri suffered a pulmonary embolism and manually rerouted the vehicle with autopilot to the hospital. The semi-autonomous autopilot feature saved the individual’s life, and in the future, fully autonomous vehicles will save a tremendous amount of lives.

This is just the first step. In the future, autonomous vehicles will be able to sense driver behaviour such as body movement, temperature or even increase in respiration.

If a passenger is feeling chest pain or numbness, they will be able to communicate with their autonomous vehicle through an intelligent voice assistant by simply saying an easy word or phrase such as “help.”

Through artificial intelligence, the autonomous vehicle would understand the problem (partly due to the driver’s tone and body movements) and could then send a message to the nearest hospital that a patient in distress is arriving soon.

A future with autonomous vehicles will undoubtedly save time and lives, improve mobility and lower risk of casualties during medical emergencies. A promising future indeed!

Life is the most precious aspect to be considered in any aspect of research and autonomous driving research has left no stone unturned in the preservation of human life at all costs.

To monitor health conditions of passengers, particularly drivers, inside an autonomous driving unit in real-time, an advanced ensemble of high-performing hardware to generate accurate and precise results through which decisions can be taken by the autonomous driving unit instantaneously. A Driver Monitoring Camera is one such system that facilitates in the monitoring of health functions of passengers. A DMC monitors the finer aspects of a driver’s motor functions like pupil dilation, drowsiness, stability, posture and extending to breath alcohol content.

When a driver boards an autonomous driving unit, the DMC kicks into action. The alcohol content in the breath of the driver is detected by the BAC tester mounted in the steering wheel. The whole test is done under the surveillance of DMC system to avoid manipulation by drivers or external agencies since a DMC cannot be tampered.

A DMC system can be further linked to a Traffic Control Room where analytics can be performed on the recorded data. This includes any history of violations like driving without seat belt or under the influence of alcohol.

It’s high-time to ensure autonomous drive machines are equipped to handle real-time scenarios on-road and added with a wide range of advanced driving features to be declared as safe for human use.

Sam Richardson holds a Bachelor’s degree in Electrical Engineering and a Master’s in Computer Science Engineering with university rank. Sam started his career as an E&I Engineer in the Oil & Gas sector in Abu Dhabi as part of a 20-billion-dollar project. 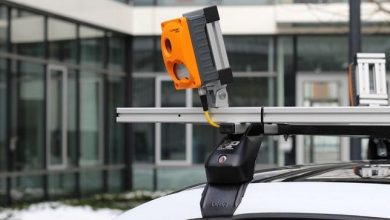 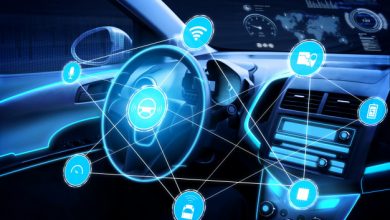