The position in which India stands right now needs to have a systematic EV program in place to keep up with the global standards and policies. Potential growth in EV has possibilities for developing a leadership role in this segment. As electrification is the major emerging trend amongst the Auto industries, they have plans for Electric vehicles and their technology.

Before COVID-19, as per Niti Aayog, the EV penetration could reach 80% for two-wheeler and 30% for private cars. If India manages to reach its target by 2030, it could save about 1 Giga tonne of emissions. Looking at the pollution level in major Indian cities, it is the need of the hour.

Before covid, the Indian auto industry was already in peril to keeping up with the BS-VI emission norms

And it became worse when the complete nation was hit with a lockdown keeping in mind the increasing number of cases and extension of lockdown further added to its woes. Somewhere around chaos, India could seem to be losing its E.V. momentum.

Also, some of the industry leaders indicated that the cost of an Electric vehicle as compared to a conventional vehicle because India is one of the most cost dependent market. Also, the three-wheelers which is a sizable chunk of the electric vehicle segment right now took a major blow because of the concept of social distancing

After this, our Prime Minister started vocal for local initiative and taking a closer look if our businesses are much more dependent on china rather than each other; it would make much sense financially logistically and also will help in future-proofing. Keeping the same in mind I thought of alternative electric vehicle technologies that will diminish our dependencies on china or any other country.

So, let’s start looking at this objectively an Electric Vehicle can be divided into four major Component those are

The last two components are either designed here or assembled here to completely remove dependency from china for these kinds of products we should at least have fabrication unit to manufacture the required ICs.

So, from this point forth our discussion will only be concentrated to moto, batteries and their alternate technologies

Motor for an electric vehicle can be classified into the following categories.

But it also comes with a major drawback with these types of motor are the maintenance of carbon brushes as carbon brushes get rubbed against the commutator and are either has to be adjusted or replaced from time to time.

BLDC or Brushless DC motor is called brushless because of the absence of commutator and brush and these motors are inherently maintenance-free. Has high starting torques and good efficiency. They are classified into two categories based on their design.

These kinds of motor have a stator on the inner side of the motor and Rotor is on the outer side and the rotor is directly connected to a wheel.

Due to the above application-specific design, the size is a major constraint in these motors which ultimately translates to a limit in output power.

This motor is like a conventional motor it has a stator on the outside and a rotor on the inside of the motor. It also requires an external transmission to drive the wheel as shown in the image (Ather 450x belt drive transmission system) and differential transmission systems used in E-rickshaws. Due to this, they are a bit on the bulky side when compared to the HUB motor.

Mostly these motors are used in E-rickshaw which is the major part of the electric vehicle market in India and some scooters and bikes whose power requirements exceed that of a HUB motor.

Permanent magnet synchronous motor is made by embedding permanent magnets in the steel of the rotor to create a constant magnetic field.

Its construction is similar to that of a BLDC motor which also has magnets on the rotor. In this the stator has winding connected to an AC supply and when the current passes thru; it produces a rotating magnetic field.

Now the major technical difference between BLDC and PMSM is the back EMF.

The main advantage of PMSM is that has a higher power density than that of BLDC motor since the motor size is small so it can house more power than its counter BLDC.

But it has some disadvantages to name a few it’s very costly due to high-quality magnets used to maintain and its efficiency and performance. The controlling of these motors is also complex since you can change currently in the stator only and only one power source to play with.

So, in Alternative technology of motors, we need to choose a motor that less or not dependent on magnets. Keeping that in mind we get the following alternatives

When it comes to sheer cost and robustness of a motor induction motor takes the crown it also has a good efficiency which is comparable to that of Permanent Magnet Synchronous motor. Although the induction motor does not have a high starting torque it can be using various control techniques like the field of control (FOC). Induction motors are very low maintenance and have a longer life cycle.

Its major drawback is that that the control circuit is very complex but since this technology is around for so long time there are experienced design houses that can design the required system without any problem.

EV companies like tesla have already shifted towards induction motor to decrease dependency on china.

Switched reluctance motor is robust with a simple construction. Rotors are made up of laminated steel with no winding or permanent magnets on it and the stator is on the outer side.  This motor has some advantages like

The major drawback with SRM is its complexity is increased as control and switching are increased in this motor. But the companies are considered that and they are developing a dedicated controller in parallel with the motor and selling it as a package.

All the performance parameter of an electric vehicle solely depends on the motor and the battery. While using a bigger size motor is not a big deal; The issue lies in designing a proper battery pack that provides required amount of current to motor also be able to provide peak current to motor without rapidly degrading the battery life.

The commonly use cathode for electric vehicles is as follows

The major market share of these batteries are lithium ion batteries some are trying to come up with different chemistries.

And major contender is

As shown in the graph Chile has the largest lithium reserve followed by Australia and others. Meanwhile Tianqi Lithium, a Chinese company has paid approximately 4 Billion dollars to own second highest share in Sociedad Química y Minera (SQM), a Chilean mining company Which effectively gives china a control over half of worlds lithium reserve

So, in Lithium race china is a step ahead and if we want to remove dependency form china in this matter we need to have a different fuel cell chemistry altogether.

Supercapacitors are energy storage devices that bridge the gap between electrolytic capacitors and rechargeable batteries. Supercapacitors can run for one million cycles compared to 1,500 cycles with existing Lithium-Ion battery technology.

A capacitor vehicle, as shown in the image, is a traction vehicle that uses supercapacitors to store electricity. In general, supercapacitors can store about 5 per cent of the energy that lithium-ion rechargeable batteries can. This limitation restricts the range of driving to a couple of kms per charge. But they can be charged in a matter of seconds. So, in public transport systems such as buses that have to stop frequently at known points where charging facilities are installed, using supercapacitor as the energy storage device is quite viable.

Aluminum fuel cells are basically made up of 3 components water, aluminum and carbon (Graphene). In this they have aluminum cassette in the middle

And two graphene membrane on either side this membrane filters carbon dioxide and lets oxygen in when energy generation is required water flows into the chamber and mixes with oxygen and covert aluminum to aluminum oxide which in returns generate energy to power vehicle.

The major advantages in this technology is

The electric vehicle motor selection is pretty tricky to the required or desired vehicle performance has to be known. Also, as far as low-cost and low-speed two-wheeler and three-wheeler are concerned it will be no brainer to use BLDC or HUB motor. But as we move towards the higher power & high performing two-wheeler, commercial as well as private vehicle the clearer choice right now is PMSM or Induction motor but as the production of Switch reluctance motors are made cost-effective as PMSM or Induction motor than one will have more options to choose for electric vehicle application

In my view for want mass EV adoption we are still dependent on china mainly for lithium ion batteries and this will result in increase of already growing trade deficient with china. 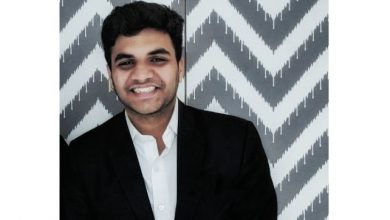 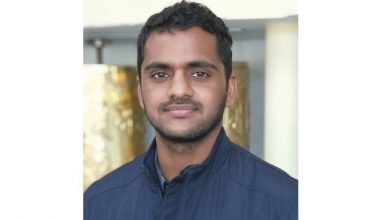 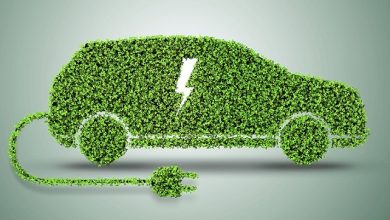 How can the Telematics Industry Spur the Electric Vehicular Revolution? 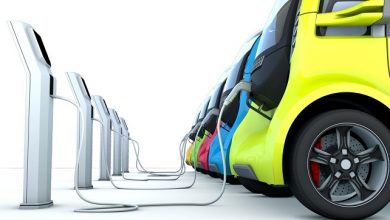 The Rise of the Electric Vehicle during the Covid-19 Pandemic