We predominantly think about autonomous vehicles as the next evolution of a piece of technology that’s more or less been the same for the past 100 years. Although that’s true, the road to a driverless future is also a social revolution. We are trying to change the way society thinks about transportation, but this is difficult for a technology that many people are concerned is too expensive to ever be a real option for them.

The suite of equipment powering autonomous vehicles is often more costly than the cars themselves. Today you will find a combination of radar, Ultrasonic, cameras, and LiDAR on most training vehicles. LiDAR, in particular, serves as the vision center by sending out light pulses that return and provide a 360-degree view of the surroundings, but these units cost upwards of $80,000 each. Researchers are currently working to reduce the cost of LiDAR, but there is another possibility for the primary vision component that is already available to us—cameras. With computer vision, a form of artificial intelligence, the images captured by cameras have the potential to produce a real-time 3D model of the world.

Companies like Tesla have already said that expensive LiDAR isn’t necessary for driver automation—it will be cheaper and faster to teach the computers doing the driving to think like people. At the core of scaling the passive object recognition system connected to cameras for broad deployment is data that is diverse enough to train autonomous systems to operate in all kinds of environments. Autonomous vehicles require training on datasets of imagery that are not only rich in detail but also geographically and situationally diverse. The algorithms turning the images into data need to be robust enough to recognize everything from various weather and road conditions to somewhat unpredictable street scenarios and varying levels of infrastructure.

Since collecting the masses of images necessary for creating these datasets would be enormously time consuming and expensive, the solution is for people and organizations to come together and share it. Platforms like Mapillary allow anyone, anywhere, to share street-level images, and the data generated from those images is in turn made available to the world. This collaboration is the key to gaining access to the data that will allow autonomous systems to get smarter, faster.

By developing technology that removes the need for expensive LiDAR units, we address one of the primary reasons why autonomous vehicles seem unattainable to the public. Bringing down the cost by moving the focus from LiDAR to cheaper cameras will allow the mass deployment that is key to eventually sway public opinion towards the positive 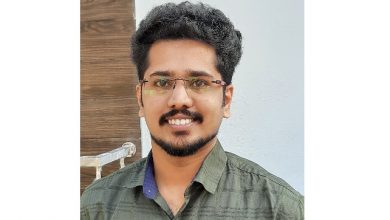 World Premiere: Daimler 'Self-Driving Truck' could hit the roads in next 10 years