Autonomous driving with improved safety features is one of the most ambitious areas of automotive innovation. The ever increasing number of road accidents is a point of concern worldwide. The situation in India is no different. According to a report published by the World Bank, India, with just one percent of the global vehicle population, accounts for eleven percent of worldwide deaths in road accidents – the highest in the world.  About 4.5 lakh road crashes happen in India per annum, leading to 1.5 lakh deaths.

Advanced Driver Assistance Systems (ADAS) assists drivers by offering advanced technological solutions, such as Adaptive Cruise Control (ACC), Intelligent Speed Adaptation (ISA) or Collision Warning Systems (CWS). A safe Human–Machine Interface (HMI) is also considered while designing these driver assistance systems. ADAS can share vital information about road closure, congestion levels, and alternative routes to avoid congestions. These systems are even capable enough to judge the fatigue and distraction level of the driver and provide precautionary alerts. On assessing potential threats, these systems take over complete control from the human driver and execute easy safety tasks like cruise control as well as difficult maneuvers such as overtaking and parking. Some ADAS systems, classified as ‘active safety systems’ or ‘dead driver systems’, operate in an even more advanced way. Obstacle detection systems for example can decide to brake, if the situation is assessed as ‘very dangerous’.

Different components of ADAS enable different safety features. For example, Lane Departure Warning (LDW) continuously monitors lane driving and alerts the driver to any deviation with the help of a variety of alarm options like audible alarm, lights, HUD display, vibration etc. This in turn enables drivers to take corrective action.  Whereas, Blind Spot Detection (BSD) is a radar sensor based ADAS component which monitors a vehicle’s blind spot, a driving zone hidden from the driver’s field of vision. Blind spots cause a large number of road accidents. Another important safety component, Forward Collision Warning (FCW)  detects potential collision situations with a preceding vehicle in the vehicle’s lane. These three useful driver assists create the “circle of safety” by protecting the vehicle to the front (through FCW), side (through LDW), and rear side (through BSD).

In ADAS, possibilities for time-to-collision (TTC) and headway are computed and if they cross the safe threshold, suitable alarms are set off to alert the driver. Pedestrian Detection System (PDS) coupled with zero user setup automatically detects people walking in front of the car. It helps drivers avoid collisions.

Implementation of ADAS results in numerous benefits.  However, the most important advantage of using ADAS is that they facilitate communication between different vehicles. This enables exchange of information for improved vision, localization, planning and better decision making capacity of the vehicles.

Besides improving driver performance and vehicle safety, these systems also reduce costs associated with vehicle collisions such as disbursements for third party injury or damage, repair and replacement of expensive accessories or components.

Moreover, insurance companies have been especially receptive to working with ADAS technology for a couple of main reasons. First, ADAS offers an all-in-one solution including headway monitoring and warning to prevent tailgating, forward collision warning, lane departure warning, pedestrian and cyclist collision warning and speed limit indicator. Second, the technology can easily be retrofitted into existing vehicles at the fraction of a cost of purchasing new vehicles. By offering customers discounts for installing collision avoidance systems, insurers can both lower their premiums and their clients’ risk of collision. Insurers that take advantage of this opportunity will surely gain a significant competitive edge over the next few years.

Although these systems are primarily designed to provide real-time feedback to the driver to improve driver performance, by connecting the ADAS to a telematics system, it is possible to implement a driver monitoring program by capturing the vehicle activities within a fleet system. Moreover, the captured data can be used to create key performance indicators (KPI’s) for tracking timely performance for a specific driver, or from driver to driver during a specific timeframe.

An interesting case study is shared below explaining the application of ADAS for a leading e-Commerce fleet management.

The company conducted a survey with select vendors, analyzing the most accident prone routes and 32 feet line haul vehicles which ply on national lanes and highways. Those were also rated as the low performing carriers in their fleet.

The benchmark analysis of the following three critical events were on 3 parameters:

Impact of COVID-19 on ADAS Market

The Asia Pacific ADAS market is expected to emerge as the largest shareholder by 2030. This expected growth in this region can be attributed to the high vehicle production. Several developing countries in this region like China, Japan, Korea have recognized the growth potential of the automotive industry and have consequently taken various initiatives to invite major OEMs to their domestic markets. As a result, several European and American automobile manufacturers such as Volkswagen (Germany), Mercedes Benz (Germany), and General Motors (US) have shifted their production plants to those  countries.

Major ADAS solution providers such as Robert Bosch (Germany), Continental (Germany), and Denso (Japan) have production facilities across the region as well.

Despite the slowdown in vehicle sales due to the COVID-19 pandemic, evolving safety mandates is likely to boost the penetration of ADAS features in upcoming vehicles. For example, China is considering mandating automatic emergency braking during the forecast period. In addition, the Chinese government released multiple measures to boost economic recovery, including stabilizing domestic consumption, supporting new energy vehicle development, and other monetary and fiscal policies. Economic assistance, upcoming mandates, and the growth of Chinese OEMs is likely to drive the demand for ADAS in the country.

The Ministry for Road Transport and Highways (India) planned to adopt ADAS features by 2022. Features such as electronic stability control and automatic emergency braking have been considered in the first phase. Tier 1 manufacturers such as Continental are collaborating with OEMs in India to support the implementation by 2022-2023.

The passenger car segment is going to make a major contribution to the ADAS market. The increased demand for safety systems in emerging markets can be attributed to improving road safety standards, supporting legislation, and consumer awareness. Several countries in Europe, North America, and Asia Pacific have introduced regulations that mandate the incorporation of various types of ADAS in the passenger car segment. For instance, the European Union has outlined Vision Zero, an initiative to mitigate road deaths to zero by 2050. The authority has targeted to reduce fatalities and injuries by 50% by 2030. The strategic plan also includes mandating major safety features such as lane departure warning, automatic emergency braking, and drowsiness & attention detection in new vehicles by 2022. Developed countries such as South Korea have mandated AEB and LDW systems for all new passenger vehicles from January 2019.

Saikat Samanta is a technology practitioner and entrepreneur. Co-founder of an Indo-Israeli venture for technology co-operation and CEO of Servision India, Saikat firmly believes that engineering and innovation must be at the heart of sustainable change and equitable connectedness. He is also an active member of an NGO committed to gender empowerment of young girls and women. 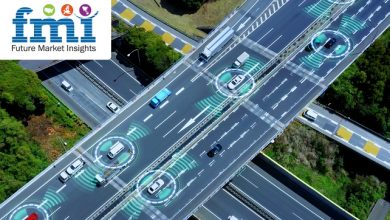 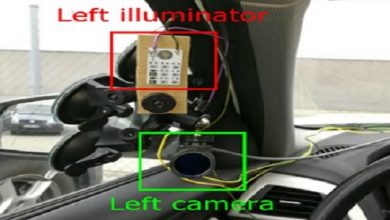